Some award winners and some other stuff this week. 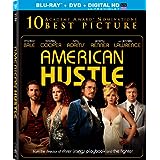 Christian Bale is about as far away from Batman or Bateman as possible in this out of shape role. Also featuring Jennifer Lawrence, Amy adams Jeremy Renner and Bradley Cooper. 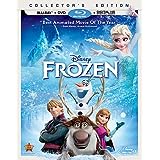 Disney pumped out another animated winner with this fairy-tale story of a girl and a journey and a quest and hardships and wacky characters. Basically, a Disney movie. 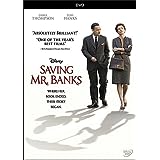 Speaking of Disney, Tom Hanks stars as Mr. Disney himself in this story of how he brought Mary Poppins to life on screen. 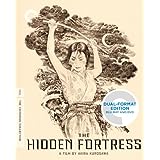 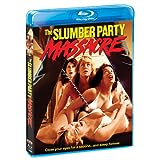 One of the more noteworthy of the boobs and blood genre. Nubile high schoolers get naked and get drilled. By a real drill. You perv. Blu-ray debut of this 1982 slasher.

I like things. I have an unhealthy obsession with Starriors. I think adults that squash their inner child are doing it wrong. Silly is not a valid criticism. The roof is on fire. I don't like what welcome mats are implying. At the sound of the tone, turn the page.
← Previous Post