Still not a lot going on this week. January has been typically slow. But there’s a few. So here we go! 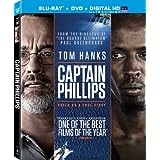 Buy on Amazon
Forrest Gump fights pirates! Ok, it’s not so much that movie but Tom Hanks is on a boat and he does fight pirates. 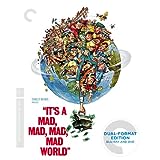 Buy on Amazon
The movie starring pretty much everyone working in Hollywood at the time receives a Criterion release. A ton of people hit the road in a movie that has the word mad four times. How can you pass that up? I don’t know either. That’s nuts. 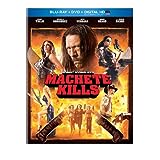 Danny Trejo returns as the eponymous blade-wielding nutbag in this sequel to the pretty decent grindhouse flavored original. Featuring Mel Gibson as the bad guy. That’s completely surprising considering what a sweetheart he seems to be in real life. He’s not crazy at all! Oh danny Trejo, your face is full of character. Or something.

I like things. I have an unhealthy obsession with Starriors. I think adults that squash their inner child are doing it wrong. Silly is not a valid criticism. The roof is on fire. I don't like what welcome mats are implying. At the sound of the tone, turn the page.
← Previous Post
Next Post →